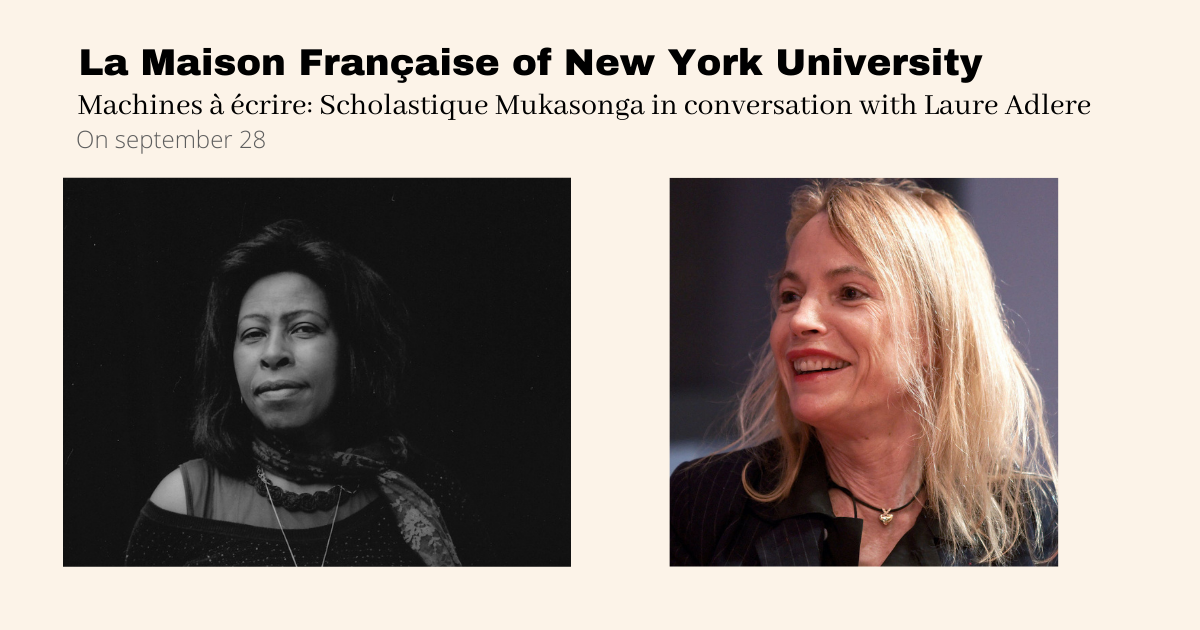 On September 28, Scholastique Mukasonga will join Laure Alder for the first of a series of virtual lectures on contemporary writing in French hosted by La Maison Française of New York University.

The event will be free to attend, but registration is required.

Born in Rwanda in 1956, Scholastique Mukasonga experienced from childhood the violence and humiliation of the ethnic conflicts that shook her country. In 1960, her family was displaced to the polluted and under-developed Bugesera district of Rwanda. Mukasonga was later forced to leave the school of social work in Butare and flee to Burundi. She settled in France in 1992, only two years before the brutal genocide of the Tutsi swept through Rwanda. In the aftermath, Mukasonga learned that 27 of her family members had been massacred. Twelve years later, Gallimard published her autobiographical account Inyenzi ou les Cafards, which marked Mukasonga’s entry into literature. This was followed by the publication of La femme aux pieds nus in 2008 and L’Iguifou in 2010, both widely praised. Her first novel, Notre-Dame du Nil, won the Ahmadou Kourouma prize and the Renaudot prize in 2012, as well as the 2013 Océans France Ô prize, and the 2014 French Voices Award, and was shortlisted for the 2016 International Dublin Literary award.

Scholastique Mukasonga’s collection of stories, Igifu, will be published on September 15. Purchase Igifu and other works on Archipelago Books’ website.