World Literature Today : Our lady of the Nile

You can read a review by Andreea Gabudeanu on my novel ‘Our lady of the Nile‘, published by Archipelago, in the March edition of the American monthly, World Literature Today. 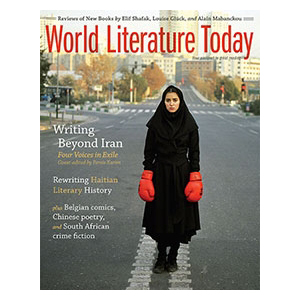 Excerpt from the article by World Literature Today:

Our Lady of the Nile (Notre-Dame du Nil, 2012) won the Prix Renaudot, the French Voices Award, as well as the 1994 Ahmadou Kourouma Prize. Scholastique Mukasonga lived the ethnic conflicts in Rwanda and lost twenty-seven of her family members as a result of the Tutsi genocide, while being forced to take refuge in France.

The novel reflects glimpses of a tension-filled past and slowly moves to uncover racial strife and the increase of genocidal actions against the Tutsi minority in Rwanda through the eyes of lycée girls enrolled at a Catholic boarding school that stands isolated on the Ikibira mountaintop by the river Nile, gated and guarded. The lycée was built by the Belgium colonizers in Africa and encompasses an isolated, delineated area above the poor village of Nyaminombe, with an exotic garden, a guest bungalow, and foreign teacher villas.

When the lycée opens, luxurious cars travel to the mountain to bring daughters of businessmen, governors, and the country’s elite. They will all be trained accordingly to maintain status, increase their chances of an advantageous marriage, and make a fortune.